Halloween in New York City has long been home to myriad creepy, raucous delights for adults, from invitation-only theme parties and ribald club nights to the recent explosion of R-rated "haunted houses" around town. The following list, however, is for all of you who want to show your little ones a good, spooky (but not TOO spooky) time over the next couple of weeks, before the trick-or-treating begins in earnest, whether in your building or at one those great block parties that Upper West Siders in particular seem to be so good at throwing (the one on 69th Street is amazing but gets mobbed; maybe this year try 87th between West End and Riverside, or 95th between Columbus and CPW instead). Here then: 6 Best Bets For NYC Kid's Halloween Fun. The High Line may have become something of a slow-walking tourist mecca / nerve-jangling construction site these days, but pick the right spots (the new Rail Yards section is pretty spectacular, and still much less crowded than the area around 14th Street) and times of day (hint: not weekends), and you can still fully appreciate both the concept and design that has made this one of the city's iconic destinations. As it happens, the Friends of the High Line know how to throw a great party as well, and their annual Haunted High Line Halloween spook-fest is no exception. Located along the park's 14th to 17th Street stretch and lasting for a full four hours this Saturday, the 25th, the High Line's Halloween bash features ghosts from the neighborhood's "industrial past", a haunted train tunnel by renowned puppeteer Ralph Lee, themed crafts (turn your worst fear into a kite, and watch it fly high!) and games, and, of course, a fair amount of trick or treating. Yes, this will be mobbed, but your kids will have a good time.

Halloween at the Children's Museum of the Arts – October 30th

Celebrate all that is creepy and crawly at this popular West Village children’s museum. Dress the tykes up in their costumes and come here for a day of making monster masks, composing horrific stories à la Edger Allen Poe and creating Halloween-appropriate cards to take home. From October 30 until November 2 bring the kids to Children’s Museum of the Arts for a crafty Halloween. Write a scary story, design a monster mask, mold spooky creatures at the Clay Bar and more. Kids in costume get $2 of admission on October 31 and November 1. There will also be a trick-or-treat parade through the museum studios on November 1 at noon and 3pm. Central Park's lovely north end is home to such delightfully under-populated areas as the Conservatory Gardens, the dense North Woods, the field atop the Great Hill, and the Dana Discover Center at the Harlem Meer, site of the annual Halloween Parade and Pumpkin Flotilla. Held in the late afternoon/early evening of Sunday, October 26th, the Discovery Center offers neighborhood kids scary stories, live music, crazy-talented pumpkin carving demonstrations and, to conclude the festivities, a costume parade and pumpkin flotilla launched out onto the Meer at twilight. You can either bring your own pumpkin early (drop-off starts at 3:30 and continues until the "barges" of the flotilla are filled) or just watch other people's gourds set sail. This is super kid-friendly and a really pleasant Halloween experience.

Halloween at the American Museum of Natural History – October 31st

If you'd rather not deal with one of the Upper West Side's many block parties (or if the weather's not great), a solid option for area families is the 19th Annual Halloween Party at the American Museum of Natural History. There's trick-or-treating throughout the Museum's always-kinda-vaguely-spooky halls; live musical performances and a Big Apple Circus extravaganza, "Dr. Finklestein's Zombie Show"; magic from Robert Austin; some goofy mayhem via the Big Nazo Lab; and, photo-op alert, roaming characters like Clifford, Cookie Mouse and Curious George. The party runs from 4:00 to 7:00 p.m., and admission is $12 a person. The ever-community-minded folks at Asphalt Green are throwing sporty Halloween parties at both of their locations this year, on the Upper East Side and in Battery Park City. And though the activities sound suspiciously like regular fun and games with a Halloween-ish adjective tacked on–Zombie Freeze Tag! Spooktacular Soccer Shootout!–costumes are encouraged for everyone (including, one hopes, the first-rate Asphalt Green staffers) and free goody bags (presumably with healthy treats) will be handed out to the first 400 kids. Besides, however forced the Halloween connection may be, Asphalt Screams gives children an excellent opportunity to tear around and burn off that candy-high. The parties both run from 4:00 to 6:00 pm., and are free, though there's a suggested donation of $20 per family, all of which goes to the Fit Kids Fit City campaign.

Watson Adventures organizes scavenger hunts in cities all over America, all year long, for both the general public and for events like corporate parties and such. Basically: they know what they're doing, and their Ghosts of Greenwich Village hunt, happening this Saturday the 25th, should be a running-around good time for families with kids older than seven. It works like you'd expect: teams of kids and adults (every team must have some of each) are given a series of clues and then race around always-a-pleasure Greenwich Village seeking out "secret cemeteries" carvings of bats, the "haunted homes" of Edgar Allen Poe and Mark Twain, Harry Potter’s enemy (WHAT?!), and a gorilla in a window. Hmmmmm…. I think I know some these already. The Family Scavenger Hunt begins at 3:00. 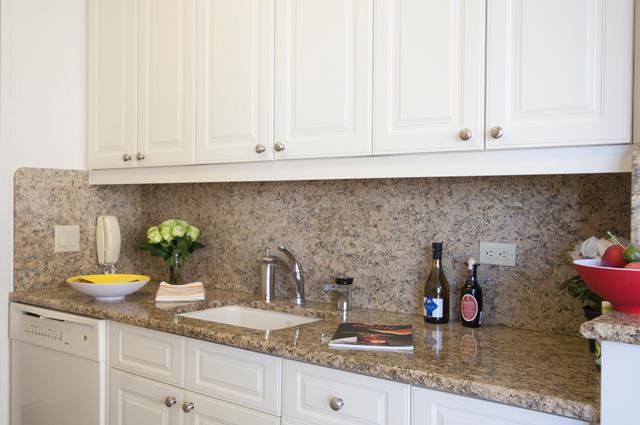